Never get between a male emu and his chicks 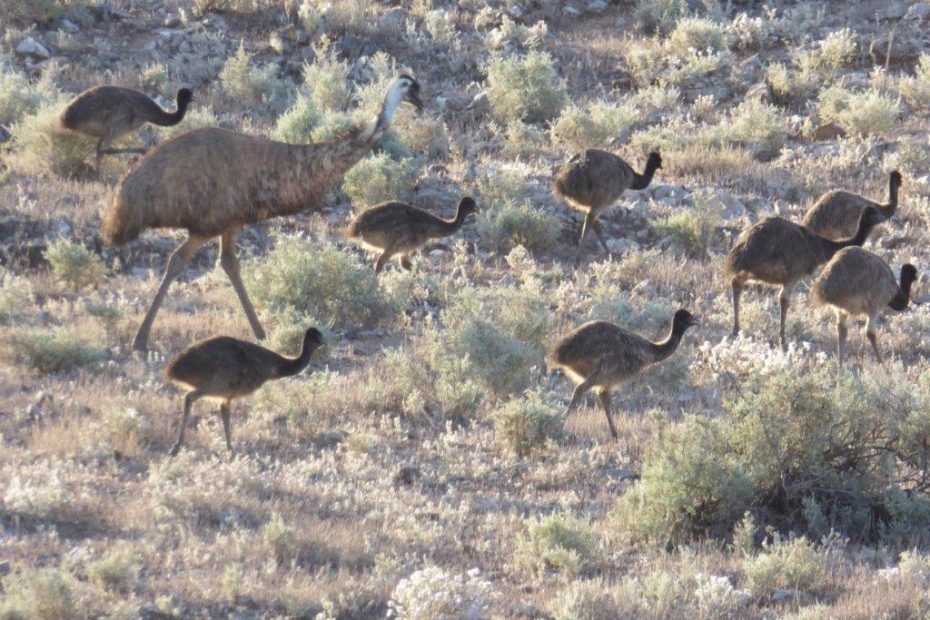 Every day, the kids and I race down the road on our bikes, hurtling past flocks of emus, (of which one fella has 23 chicks), and ride around a circuit we’ve made. It’s always a great recharge of energy and fresh air, and a much needed break between school lessons. A few days ago I was racing down the same road on my own, getting ready to do some work in the shearer’s quarters. As I passed the sheep yards, I saw the usual emu family run across the track in front of me. I had gotten a little bit blasé about the emus, and barely gave them a second glance. That was until I heard the growl. I didn’t know emus can growl, but they can. I looked over in dread to see the male emu who had puffed up his fluffy chest to at least twice the size, and was sprinting toward me, his massive toenails ready to rip me to shreds. Bravely, I screamed, then rode off the track, bumping through the prickle strewn bluebush shrubs. I unfortunately found myself riding straight towards the remaining chick, which was now hurtling away from his dad, as fast as his little legs could go. Thankfully, at the last minute he veered and ran across in front of me, charging back to his Dad, leaving me to limp out of the bluebush. Never get between a male emu and his chicks.