The flip side of Tasmanian culture 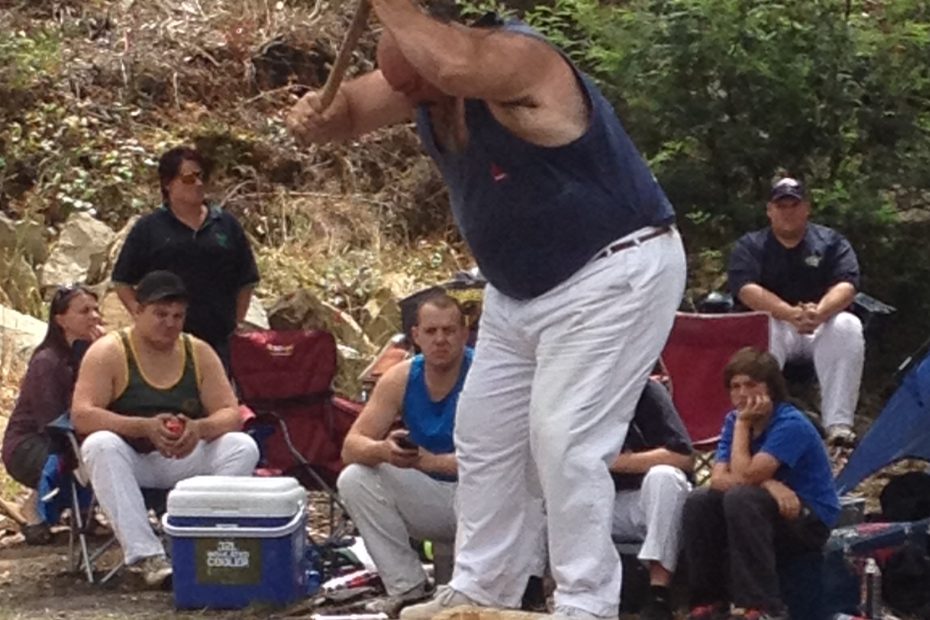 That Tasmania is a land of extremes is well known. Extreme weather, extreme beauty and extreme differences in the people. Somehow though, bar the occasional overly passionate car burning, tyre slashing or court case, it all just seems to work. Our day today seemed to sum that up.

We took the kids down for a morning at the Longley International Hotel. Don’t get me wrong, we wouldn’t normally take the kids to the pub at 10am, but today was the Tasmanian State Woodchopping Championships.

It’s actually so close to our house that my husband and daughter rock hopped down the river to it.  We arrived to a string of orange flags, delineating where men whose muscles and fat would stand them as giants in any other situation, were about to pound logs into smithereens with $1000 axes. The flags had no hope of blocking us from the shower of wood chips, we were close enough to see the whites of the mens eyes as they pounded their steel deftly through the wood.

The generations stood proud, as the same few surnames were called for their men as for the children to have their go, their fathers and grandfathers quietly mentoring them from the side. The concentration, precision and strength these men had was awe inspiring, and stories emanated from every drop of sweat. One day I’d like to write their stories down.

We then piled in our Suburu, to drive to the Cygnet Folk Festival. As we got out of the car, we were immersed in a different crowd of people, many of whom were heavily dreadlocked, had enough facial rings to set off the airport metal detectors, were barefoot and seemed to be dressed only in blankets.

Our afternoon was spent in friendship bliss, watching incredible music on the sun touched grass while our children played games with milk crates,made badges and danced to Taiko drumming. This disparity should do my head in, at the very least make me uncomfortable, but instead, seems to make me very happy, and proud to now be a Tasmanian, whatever that may mean!